Niall has been recognized as one of the nation’s top 100 Financial Advisors by Barron’s and Registered Rep.   He is the author of Investing Strategies for the High Net-Worth Investor: Maximize Returns on Taxable Portfolios (McGraw-Hill, 2009) and Tailored Wealth Management: Exploring the Cause and Effect of Financial Success.  In 2018 he published The Efficient Valuation Hypothesis in Seeking Alpha. 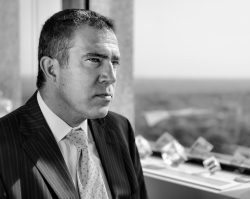 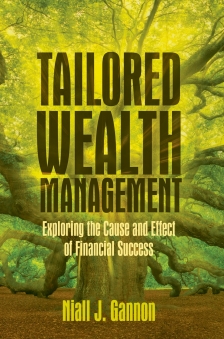 The meaning of wealth has become one of the least understood concepts of our time.  Whether you desire wealth, have wealth, or wish to redistribute wealth, the roadmaps to success have been painted over by outdated financial models, politically charged rhetoric, and the mistaken belief that at its core wealth is simply a number.  Tailored Wealth Management meets you where you are:  a new college graduate, a retiring CEO, a journeyman carpenter, or a compassionate philanthropist.  The book educates readers with a deeper understanding of their place on the national and global scales of wealth.  It proves that the term “wealthy” can apply as fittingly to a gas station attendant as it does to a gas company president.  It empowers the reader with the causes and effects that allow wealth to accumulate, to produce income, and to re-shape society through responsible gifting and philanthropy.
Read more 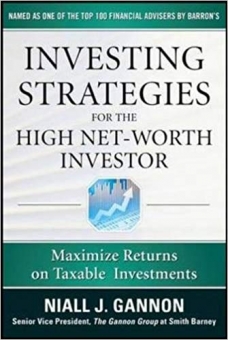 A proven model for achieving high returns on taxable investments